In front of the church of San Luigi dei Francesi,which houses the paintings of Caravaggio, 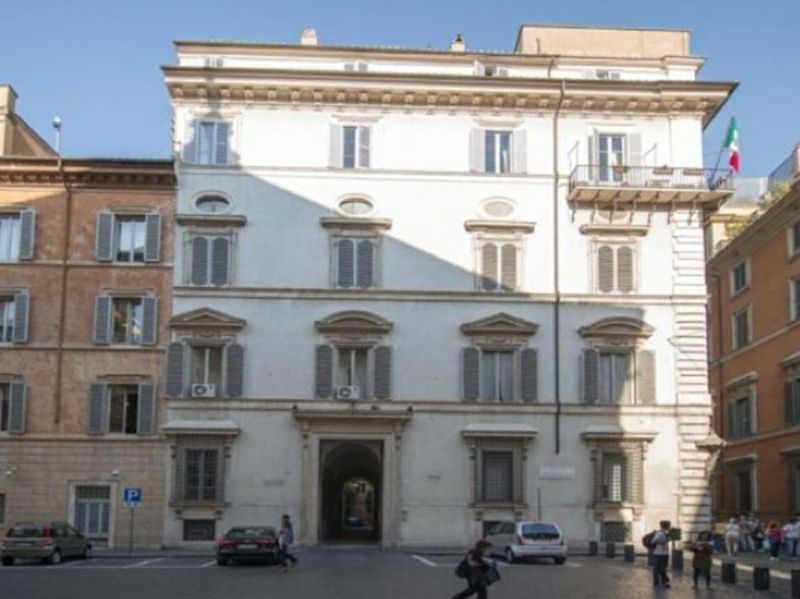 Palazzo Patrizi stands on the site where originally was a small house, bought in 1596 by Giovanni Francesco Aldobrandini. In 1611 Donna Olimpia Aldobrandini did change the building, creating the current facade probably on a draft version of Giacomo della Porta, then enforced by Carlo Maderno. In 1642 the building passed to the Marquis Patrizi, from Siena, but intermarried with many Roman families including Marchesi Montoro in 1736 and Marchesi Naro, custodians of the celebrated Banner of the Holy Roman Church, delivered by Pope Urban VIII in 1603. The collection of paintings was largely collected by the passion and the patronage of two treasurers of the Pope: Costanzo Patrizi (1589-1624) and Giovanni Battista Patrizi (1658-1727), who commissioned the construction of the family villa. The building still remains the current residence of the homonymous family. Patrizi Palace houses a museum collection of over 800 important masterpieces of Italian art, a large collection of Roman statues dating from the third century BC, frescoes and murals that create an atmosphere of unmatched elegance .