Today at the Galleria Corsini there’s the exhibition of “Elijah in the desert” and “the Madonna and Child, St. John and St. Barbara” by  Daniele Ricciarelli better known as Daniele da Volterra ( born in Volterra-Tuscany c. 1509 – 4 April 1566). He was a Mannerist Italian painter and sculptor very close to Michelangelo in his creative and human experience.  Very few paintings by Daniele are preserved.

The above mentioned paintings are universally accepted as masterworks and for over a century belonged to the ancient Sienese collection Pannocchieschi d’Elci and therefore were scarcely in evidence.

The paintings were made in Rome at the time of Pope Paul III (1534-1549) and reflect the decisive impact that The Last Judgment by Michelangelo and his last and most dramatic works had on Daniele da Volterra.

He is best remembered for his relationship with the late Michelangelo. In Rome he also started working in the circle of Michelangelo and befriended him. Michelangelo used his influence with Pope Paul III to secure Daniele commissions and the post of superintendent of the works of the Vatican, a position he retained until the Pope’s death. Michelangelo also provided him with sketches on which Daniele based some of his paintings, especially his series of frescoes in the Orsini chapel in the Trinity College. After Michelangelo’s death Daniele was hired to cover the genitals in his Last Judgment in Vatican with vestments and loincloths. This earned him the nickname “Il Braghettone” (“the breeches maker “).

Later Daniele was commissioned by Paul III to complete the decoration of the Sala Regia. On the death of the pope in 1549 he lost his position as superintendent and the pension to which it entitled him. He then devoted himself chiefly to sculpture. He died in Rome in 1566. 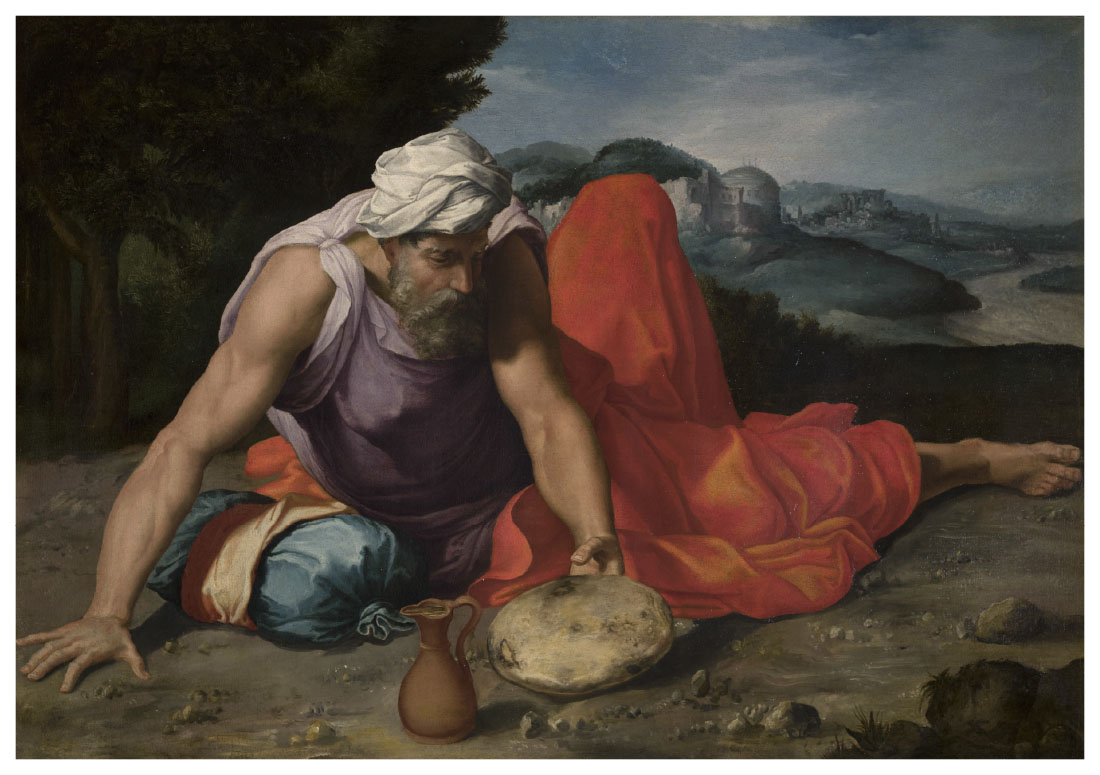