Liliana Salone was born in Palermo and artistically formed at the Academy of Fine Arts in Bologna and at the Faculty of Architecture of Palermo, for the particular quality and skill of her designs, she’s considered as one of the most important Italian illustrators. Her works are characterized by the precious image definition, almost aminiature.

Sinopia (also known as sinoper, named after the Turkish city Sinop) is a dark reddish-brown natural earth pigment, whose reddish color comes from hematite, a dehydrated form of iron oxide. It was widely used in classical antiquity and the Middle Ages for painting, and during the Renaissance it was often used for the cartoon or underpainting for a fresco. The word came to be used both for the pigment and for the underpainting itself. During the Middle Ages synopia in Latin and Italian came to mean simply a red ochre. It entered the English language as the word sinoper, meaning a red earth color. The preparatory drawings are found hidden under layers of paint frescoes. Traces of these sinopers  are melted in the work by Liliana Salone: she reconstructed images while dreaming that they were derived from a disappeared ancient civilization. In this series, the meticulous and precise line that characterizes the work of Liliana Salone is lost in large colorful , irregular and sometimes rough backgrounds. Some of these drawings are made with white pencil, melted on brown  ocher and green colours recreating the sensation of color layers of frescoes. The sheet becomes a fragment of wall on which the time would have laminate different layers and left the pictorial impressions of successive civilizations. 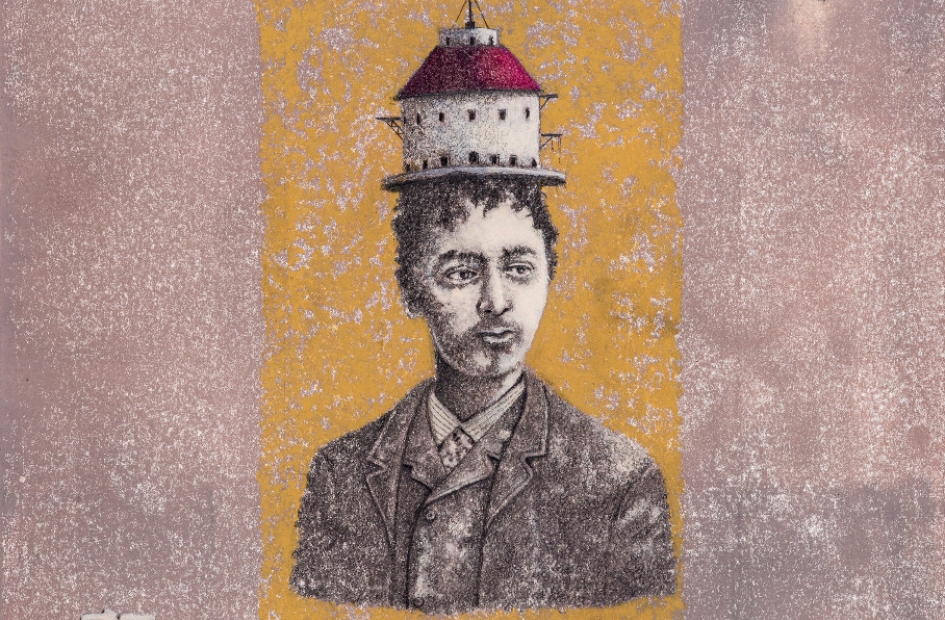